A bit of history
Based on an English summary from the book KOYR Á HB! (2004).

Foundation
HB Tórshavn or Havnar Bóltfelag – Tórshavn (Foot)ball Club – was established the 4th of October 1904. In daily speach the club is known as HB only, and for native Faroese their capital Tórshavn usually just goes under the name Havn.

Background
At the turn of last century, Tórshavn, with around 1,700 inhabitants of the islands’ total population of 15,000, was not the largest nor the most important town in the Faroes – although it was the capital and the centre of the Danish authorities in the Faroes.

Twenty to thirty men most of them common workers started the football club most likely in an attempt to create some form of amusement in a life with very limited spare time – the wish to compete has obviously also been a factor. Back then Faroese life was hard, simple and scanty, and the inspiration to play football and other sports most likely came from Denmark and the neighbours, the United Kingdom.

Bad connections and poor infrastructure
In the early 1900s the Faroe Islands were a group of isolated islands in the middle of the huge Atlantic with only limited connection to the remaining world. The only mode of transport was by ship and a voyage on the Atlantic Ocean in the vessels of the time could be a nasty experience.

The first, and to date, only airport in the Faroe Islands was not opened for civil transportation until in 1963. British soldiers who occupied the Faroe Islands during the Second World War originally built the airport. In addition domestic travel was difficult because cars were few and far between and only few roads were built for car transport. The most common form of transport between the islands was by small boats, a time consuming and often difficult and dangerous way of travelling.

Pioneers
Although HB as mentioned was not the first Faroese football club, the club has been known to break new grounds within Faroese football. HB was the first Faroese football club to seek challenges abroad, when they in 1910 played football in Norway – a memorable trip. Other trips followed to e.g. Shetland and to Iceland. HB’s trip to Iceland in 1954 became the beginning of the official Faroese cup competition, which began the following year in 1955, as HB brought back a present – a cup – from Iceland and handed it to the Faroese Sports Association to start a domestic cup competition. That same year HB won The Double, an in time HB was to become the cup winning team per se.

The pitch
Initially it proved difficult for HB to acquire an area in Tórshavn to be used as football pitch, mainly because nobody wanted to sell off important and limited agricultural land – especially not for grown-up men to “play” on. During the first years HB lived on the goodwill of a local farmer who allowed them to use his field outside the town as pitch, but in 1910 the municipality – with the innovative Niels L. Winther as mayor (he was head of HB 1904-1909) – decided to allocate a large part of the Gundadalur area to sports activities, and thus HB got its essential pitch. Initially a grass pitch it was soon made into a more durable sand pitch.

Championships
Proper championships were not held in the Faroe Islands until 1942 when the first official championship was instigated under the Faroe Islands’ Sports Association (ÍSF), which had been established three years earlier in 1939. Prior to this, clubs played friendlies and unofficial cup matches in connection with local festivals or when foreign ships called at the islands.

The British occupation of the Faroe Islands from 1940 to 1945 and the many matches against British soldiers during this period have undoubtedly been a positive contribution to the football development of the islands. However, the war also meant hindrances especially in 1944 when the championship was cancelled because not enough footballs were available.

Changes and development
In the period from 1942 to 1949 various types of championships were tried, but in 1950 the system with one home match and one away match that are common today in most countries was introduced.

Until the early 1970s the same four to five clubs – B36, HB, KÍ, TB and VB – were competing for the League (Meistaradeildin) and the Cup. Of these clubs only HB have been ever present in the best division. In 1976 the system of promotion and relegation was established and in 1989 the number of clubs in the premier division increased to ten, a number that has been constant ever since.

Slow start
HB did not accomplish much in the league during the fist many years. It took 13 years following the league start in 1942 before the club became champions for the first time in 1955.

HB did however have a pretty good record in the Cup during these years. In the 1960s results began to improve and with the youth development programme also daring back to the 1960s fronted by the famous local coach Jóhan Nielsen HB soon became a power to be reckoned with in Faroese football. The rest as they say is history. 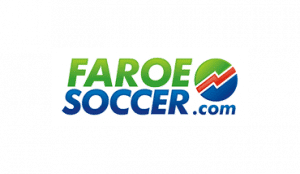